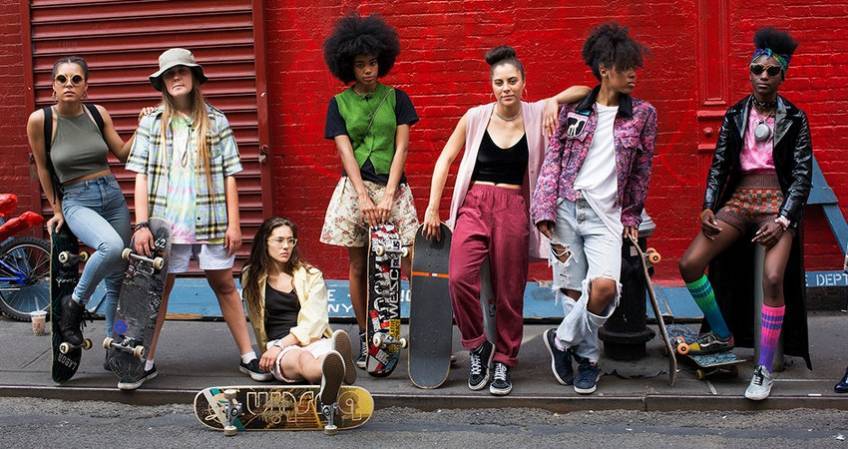 Miu Miu was born in 1992 as Prada’s younger, dynamic line. Miuccia Prada wanted to experiment with a less expensive womenswear line, inspired by her personal wardrobe. Everyone thought she was crazy. The name comes from her own nickname, Miu Miu.
Share on facebook
Share on twitter
Share on linkedin
Share on pinterest
A sister line? Not really. Miu Miu has grown in size and scale smash-hit success in its own right.

“Miu Miu is not as complicated and thought out as Prada. Rather than being young, Miu Miu is immediate. Prada is very sophisticated and considered; Miu Miu is much more naïve. The solution, when I am working on Miu Miu, has to come immediately, instinctively, spontaneously with whatever is available at the moment. If I think three times, I stop."

Miu Miu is purely feminine and at a times quirky and innovative. It experiments with shapes, colours, and styles much more than Prada does. Besides its youth appeal, it is mainly loved for its edgy-but-elegant element: it attracts not only young women from many nationalities, especially in Asia but also mature women who want to dare with something unique and different with a little-girl touch.

Prada group describes Miu Miu as the spokesperson for an emancipated and conscious woman. Its strength oscillates between naive and iridescent subversion and tells the most rebellious and seductive tale of contemporary femininity. The designs evoke the tangible expression of the energy that women bring to contemporary society.

The history of various fashion houses has proved to us how developing a second brand line can be risky: in many cases, more affordable prices and more youthful designs can draw more revenue, compared to the mainline. A very similar example is that of D&G, of the Dolce & Gabbana group, which was shut down after stealing the success of the first one.

But, this is not all. Miu Miu is more about innovation, empowering the young generation of women.

Miu Miu has brought to the Italian fashion scene the image of the simultaneously intellectual and sensual woman: its beauty is not expressed by society’s typical standards, but by its emancipation and originality, “transforming fashion into a mental condition and using change as a key tool to build the world “.

Beyond its fresh creativity, another strength of the brand is its message and tone of voice, with which Miu Miu has created a feminine community of women who break with conventional norms. Miu Miu has developed several projects, combining art, fashion and modern culture.

Women’s Tales is a series of short films, made by contemporary international directors with heterogeneous intellectual visions, which interpret the Miu Miu spirit through the expression of their own conceptions of femininity. Launched in collaboration with the Venice Film Festival, the shorts see the Miu Miu collections take on the role of casual and never forced protagonists, always at the centre of the scene thanks to the women who wear them. Each video tells moments of dreams, nightmares, vanity and refinement, emphasising the emotional power of the clothes.

Another interesting video series is Miu Miu Confidential “Bags don’t lie”: The Miu Confidential handbag is inspired by the intimacy between women. In a witty, whimsical and surreal spin around that one-on-one relationship between a woman and her bag, Miu Miu appeals to fantasy in three chapters, of a woman’s Miu and transgressions, as she goes about her everyday life in London.

My first epiphany with the brand was when I watched the video That One Day, part of the Women’s Tales collection: watching girls in a total Miu Miu look, skating on the hills was both revolutionary and irreverent, almost provocative. The protagonist, who loves to go skateboarding, is intimidated by casual, macho sexism of those who practice that sport; until she stumbles across a gang of charismatic, fearless skater girls. They show her another world is out there. A world of female friendship, strength and belonging. “Today,” confesses Rachelle “is the first day that I’ve been feeling that sense of loneliness.”

We are infinitely grateful to Miuccia Prada for making the intellectual sexy, with a hint of self-irony.

MiuMiu is a young and playful brand, suitable for every occasion and mood with a full range of accessories and perfumes, crafted with great quality and available at affordable prices.